Cairo Things To Do

Cairo Things To Do – Complete Guide

All you need to know about Hotels, Activities and Information for Cairo

Plan your trip from home and save a lot versus booking via your cruise ship or travel agent. Book your resort, hotel, car rental or activity in Cairo with the Cairo Hotels & Travel Guide at up to 50% less then the regular published rates.

Cairo is the capital of Egypt and consists of the governorates of Cairo, Qaliubiya and Giza. The city has about 12 million inhabitants. However, the unofficial population of Cairo is much higher, partly due to the high number of immigrants without legal residence in the city. The entire metropolitan region of Cairo, with a population of about 20 million, is the largest city in Africa and the Middle East and one of the largest cities in the world. The city is also one of the most polluted cities in the world and has enormous traffic chaos.

Cairo is located on the east bank of the Nile in northern Egypt, south of where the river branches into the delta into the rivers (also place names) Rosetta and Damietta. In the west lies the city of Giza with the Pyramids of Giza. To the south is the site of the classical Egyptian city of Memphis.

Sights
The old heart of Cairo has been declared a World Heritage Site by UNESCO.
The Cairo International Book Fair is held annually at the end of January. Museums
Churches
On the edge of the Coptic Quarter are the old Coptic Hanging Church (al-Mu'allaka) and the Greek Orthodox Monastery of St. George. The seventh-century Coptic church of Abu Sarga is located in the center. Other special churches are: the Co-Cathedral of Our Lady of Heliopolis, the Cathedral Basilica of Our Lady of Fatima and the Basilica of Saint Therese of the Child Jesus. 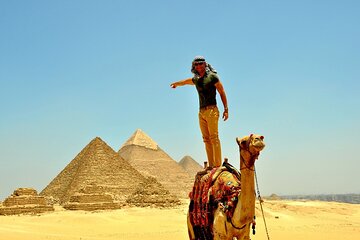 With this virtual tour...

Cairo Half day tours to Old Markets and Local Souqs

As per Chosen time Pickup from your Hotel in Cairo to Start your shopping tour today in... 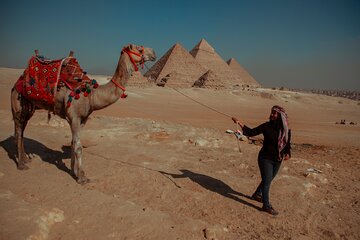 As Per selected time Pickup from Cairo international airport by our Expert Tour guide... 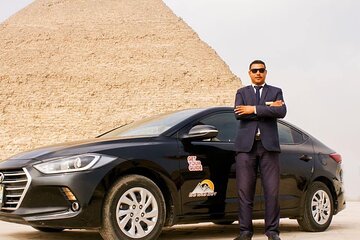 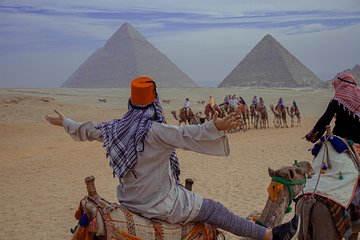 Giza Pyramids and Sphinx Day Tour including Lunch from Cairo

Half-day tour that starts at 8am. Explore the Giza Pyramids escorted by an expert tour... 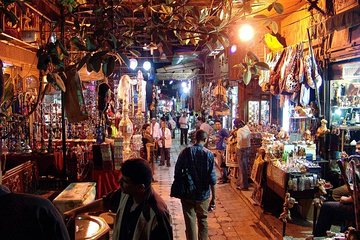 TOUR TO EGYPTIAN MUSEUM & BAZAAR
Starts at 8:00 am with Pickup from your hotel By... 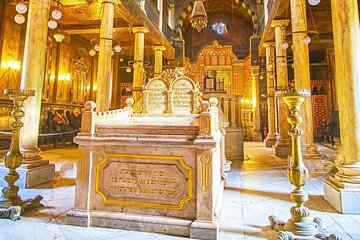 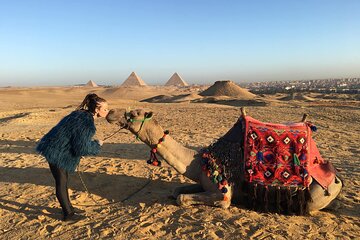 Camel Ride Trip at Giza Pyramids During Sunrise Or Sunset 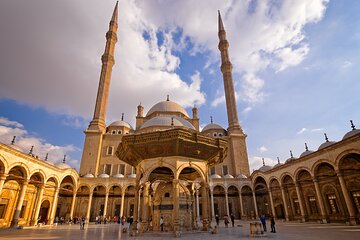 Starts at 8:00 am Pickup from your hotel in Cairo or Giza By Emo Tours guide to start... 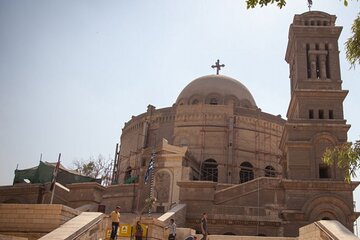 As Per Requested time Pick up from the Hotel by Emo Tours Your guide to Start your Half...

See all activities in Cairo

If you need to rent a car in Cairo we have the perfect partner for you. Rentalcargroup has very competitive prices in Cairo. They work with all major car rental companies in the world as well as local rental car companies, they work with companies like Alamo, Enterprise, Europcar, Avis, Budget, etc… . Check now their incredible competitive rates.

Audi A3 (or similar)